Having just got back from my recent photography tour to exotic Morocco, I wanted to share some of my images with you.

Many of my friends travel vicariously through me, you may be the same. Or these images may inspire you to get out and come with us to Morocco on our next photo tour..

Either way I hope you enjoy these images of a magical place. Morocco is so very different than any other place I’ve visited. It’s culturally diverse and is in stark contrast to the world most of us live in, it’s interesting to see another way of life. I also found the country to have varied environmental zones, ones that I didn’t expect to see like forests and mountains, even snow.

So when one thinks of Morocco you may imagine the Sahara desert, and centuries old cities. Yes of course it has those, but so much more. I hope you enjoy a view of this stunning and amazing country, and will consider visiting one day.

This is the largest one in Morocco, and the third largest in the world (after two in Mecca). I can hold over 20,000 people inside for mass, and over 100,000 on the grounds outside. It’s stunning!

We learned it was funded by voluntary, mandatory donations by all citizens – yes you read that right! 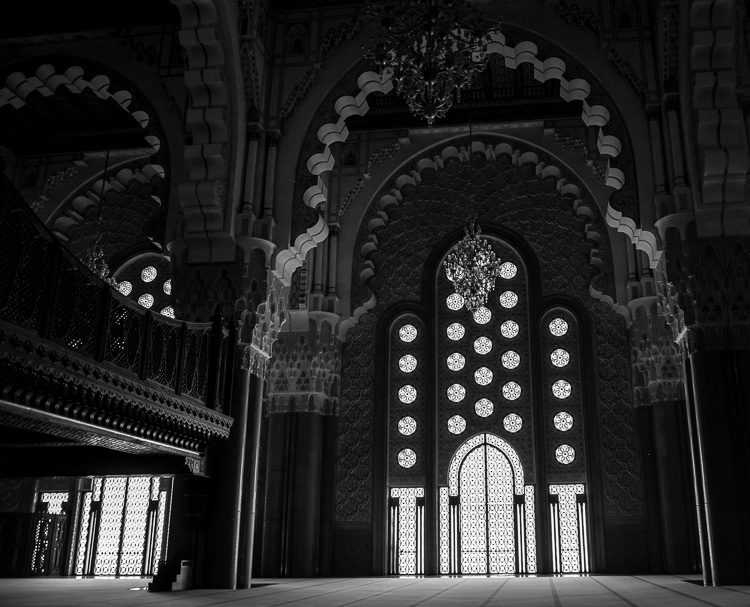 The cats of Morocco

I think I have enough photos of cats to make an entire book. They are literally everywhere in Morocco. People do seem to care for them and have higher regard for them than they do dogs, which are considered dirty and not allowed indoors. Dogs are for herding sheep or goats, that’s all. Our group calculated that if we got rid of all our luggage we could take 48 cats with us on our bus. We decided against it.

Some of the cities in Morocco date back to the ninth century. As a Canadian that’s almost unfathomable. Our country is barely 200 years old and we visited places and buildings that are over 1200 years old, it’s incredible! So if you love to photograph texture and run down old things – this is a place you won’t want to miss.

The people of Morocco

Because of religious beliefs (they think if you take their photo you will steal their soul) it can be tricky to do people photography in Morocco. Although, sometimes you can get a photo if you tip the person. Our skilled guide handled most of that for us and we even had some models come pose for us one day in Fez.

Side note: we learned that the term Berber comes from the word Barbarian, which is what these people were referred to as. They are still nomadic and travel with the seasons, living in large waterproof tents made of camel hair.

Other critters of Morocco

One of the most spectacular places we visited, and listed among many of our tour group’s favorites was the Sahara desert. We stayed at the edge of the desert in an Auberge and were able to take a sunrise walk and sunset camel ride out over the dunes. Some opted for ATVs (quads) in the afternoon too.

It’s a magical place like no other. I’ll let these images speak for themselves.

Things you might see in the market in Marrakech

The square and market in Marrakech is one of the highlights of the city, not to be missed. We took sunset in from a rooftop cafe and watched much of the action safely from above. 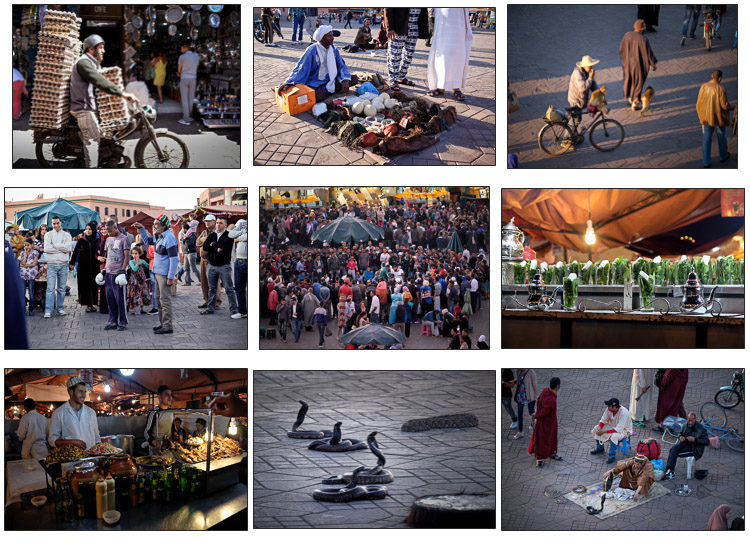 Just a few things you might see in the square in Marrakech, day or night.

I hope you enjoyed seeing these images and considering joining me next year.