Home » Photography Tips » To HDR or Not – When and If You Should Use HDR?
Share70
Tweet4
Pin33
WhatsApp
Email

HDR photography can be a bit polarizing in terms of personal tastes. It’s like opera and sushi – you either love it or hate it. But there are also good times to use an HDR technique, and not so ideal situations.

In this article, I’ll walk you through several different scenarios you might encounter and give you some tips on how to decide . . .

To HDR or not to HDR?

That is the question at hand.

HDR has gone through several iterations and has become something that many people strongly dislike.

But there is a time and place when doing HDR has its benefits. Then there are other situations and scenes that you might be shooting where HDR isn’t going to help, or in fact, it might even make things worse.

First, let’s take a look at what exactly is HDR photography.

It refers to a scene in which there is a lot of contrast between the top highlights or brightest areas, and the lowest shadows are darkest areas.

Notice I did NOT say it is a technique!

HDR has become synonymous with certain post-processing techniques and a stylized look. That is not really what HDR is though – and it was around long before Trey Ratcliff made it popular.

In fact, Ansel Adams himself was a master of HDR photography.

Yup, his famous Zone System was designed to be able to photograph a scene with a lot of contrast and through shooting and film processing techniques – the photographer could manipulate the tones to be able to fit into one printable image.

Notice another key phrase there is – manipulate the tones!

That is exactly what digital HDR photography techniques do as well.

HDR Photography involves shooting bracketed exposures in order to capture full detail in the scene (both in the dark and light areas) and combining them later in post-processing.

I won’t be describing the exact steps on how to do HDR and process it, so you can read about that here if you’re new to this:

When NOT to use HDR

Okay so now you have an idea of what HDR is all about – let’s first look at some examples where you do NOT want to use it.

#1 – Do not do HDR when your scene is low contrast

When you are shooting a scene that is low in contrast, you do not need to do HDR.

How do you know for sure if your scene has low contrast? Look at the histogram. Here is an example:

Look at the histogram for the image above. What you’re looking for is how far towards each side the graph reaches. Look for anything clipping (going off the graph and up the side) in the highlight areas (right-side) or shadow areas (left-side).

As you can see below, the data doesn’t reach either the left or right side of the graph. That means the contrast of the scene fits well within the capability of my camera to camera in a single image.

Now, look what happens when I process that image using HDR techniques.

Usually, that means pulling the highlights down (darkening) and pulling the shadows up (lightening them). Punching up the Clarity slider, often all the way to +100 and increasing Saturation.

The image above is an example of an HDR process being applied unnecessarily. Often what I call “Bad HDR” is over saturated and the colors are garish. Please don’t do this kind of HDR.

Another example of a low contrast scene

There is a tiny bit of clipping in the brightest areas of the sky in the image above. But because I shoot RAW format there is a lot of information there for the editing process.

#2 – Do NOT do HDR for silhouettes

This is the antithesis of HDR.

A scene where you actually want part of your image to be clipped. To create a good silhouette image you want to make the foreground really dark, or possibly even pure black, with no detail. The sky or background may or may not have detail, or be clipped as well.

For more on that subject read this article: 3 Tips for Creating Spectacular Sunset Photos. Take note of the exposure settings I recommend there.

Look at the silhouette images below. The dark outline of the subject against the colorful sky is what makes them so dramatic.

You do not always need detail in every single nook and cranny of your image. 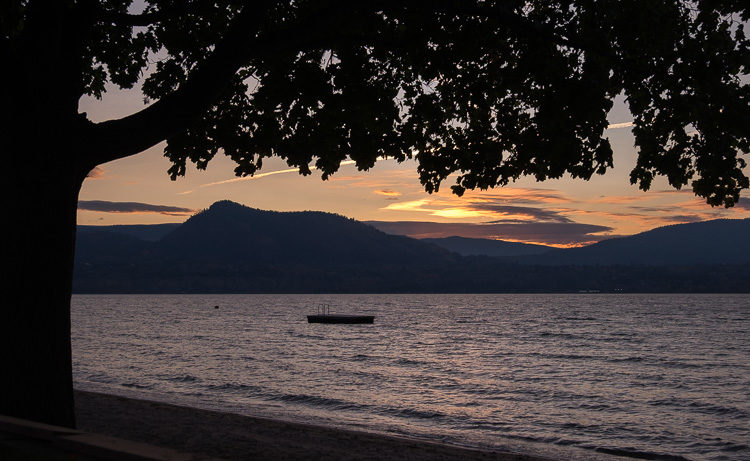 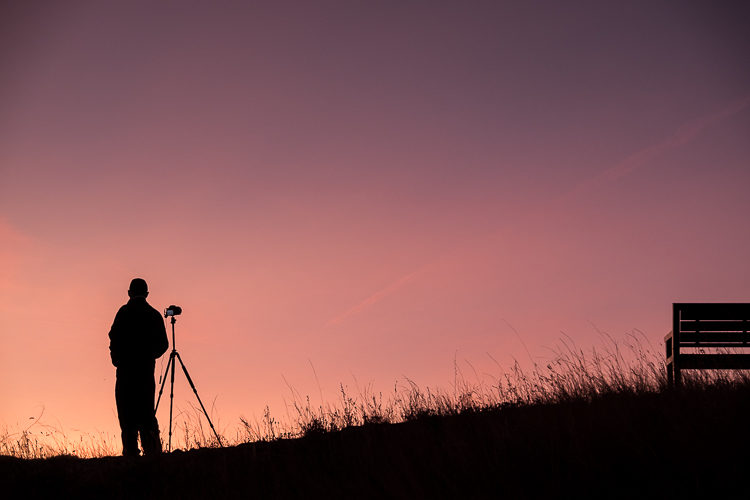 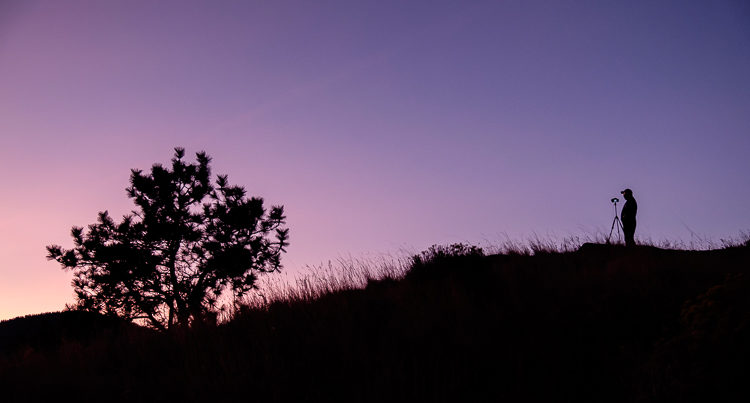 So for a good silhouette or sunset image – just let the foreground go dark and expose for the sky. Get the sky dark enough to get nice deep rich colors and your sunset images will automatically go up a notch.

#3 – Do not do HDR to remove all shadows

This is a pet peeve of mine. I see way too many photographers using HDR to “get rid” of all the shadows in their image. Like shadows are a bad thing – they aren’t!

It’s like the old saying goes, “One cannot know happiness without also knowing true sadness” or something like that. So it is also true that without shadows your images will be missing something.

You need both light AND dark to make a photograph and show shape, dimension and depth in your images.

Here is another scene where the little bush being lit by direct sunlight caught my attention. You tell me which processed version has more impact and drama?

In which image does the bush stand out more and draw your eye?

You cannot take a bad image and make it into a good one by using any processing technique, HDR included.

An image with poor lighting, bad composition and lack of a good subject to draw the viewer’s eye will still have all those problems after applying HDR!

Generally, it is a bad idea to attempt HDR when there are people in your scene.

It just doesn’t do good things to the skin tone and they usually move from one frame to the next, making it hard to do bracketed shots and merge them together.

Most HDR software have gotten pretty good at fixing such “ghosts” but not perfect.

I actually forgot my camera was set to bracketing when I shot the images above from our vehicle. Looks not too bad at first glance right? Wrong! Let’s look closer.

The software attempted to fix the issue of him having moved from one frame to the next – but as you can see it didn’t do such a great job. His face is half missing and something is just wrong with his chest and left arm.

It’s tempting to use HDR as a look or style. That’s totally fine if that’s your thing – I just urge you to keep it on the natural-looking side and try not to do images like this:

The image above is another example of what I call overdone HDR.

There’s a ton of detail in her fur (she wants me to throw her ball) and the sky but the image just looks “off”. Can you see that? Something about it just doesn’t feel right.

See the difference with the image below?

It’s subtle but this one feels more right to me. You? 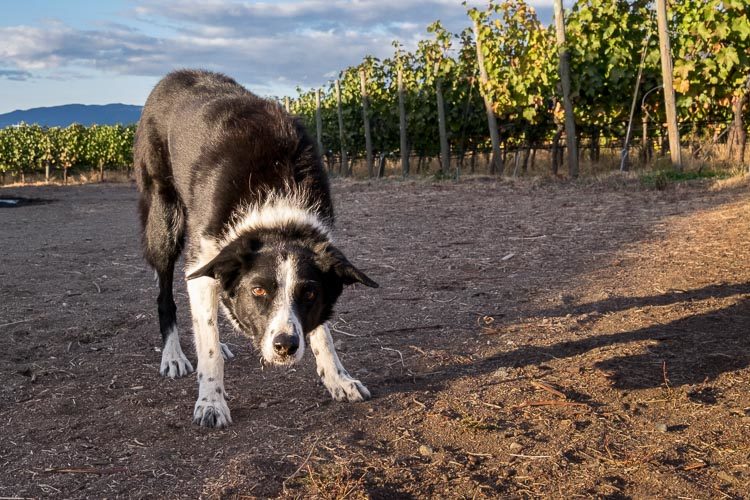 What photos work best in HDR?

Okay, so we’ve covered several times and situations in which you do not want to do HDR.

So when is it a good idea to do it then?

When is HDR the optimal choice?

Honestly, this is the only time you really want to use HDR – including bracketing and merging them in post-processing.

Here are three before and after examples.

You can see my bracketed images (shot 2-stops apart) and the final merged and edited HDR image.

NOTE: It is NOT possible to get detail in both the sky and the foreground subject in a lighting situation like this. If you have tried to adjust your exposure and it’s not working – you are NOT doing anything wrong. You camera simply cannot capture detail at both ends of the tonal range in such a high contrast scene.

After debating, I flipped the final processed image horizontally so your eye follows the rows of vines into the image, not out of it.

This is a composition decision which you can make later.

Again this is a very subtle change but helps the viewers stay inside the image instead of flowing out.

I now have a brand new course for 2022, How to Do HDR Photography Right.  Learn how to capture your photos AND process them into a single photo.

You may have noticed by the number of items listed under when to do, and not do HDR that there are way more occasions to avoid it.

My advice is that if you enjoy doing HDR, like the processing part of it, and the final look – then do it. But do so sparingly and selectively.

Use it as a tool in your photography arsenal, not on every image and every scene.

What are your thoughts?

Have you tried HDR? Let me know if you have any other questions about the how, when or why of doing HDR and I’ll do my best to answer. Please share your comments and HDR images below.

Side note: All the images in the article were taken on a recent scouting trip to British Colombia’s Okanagan Valley where I’m planning a new 5-day workshop. Get more info or sign up to the waiting list here.