When I first learned how to use a DSLR, I stumbled on a technique to create abstract photos and a light ray effect that is now one of my favorite ways to play with photography. I called this lens twisting because accidentally twisting my lens while I was shooting was how I discovered it. I finally learned that the actual term for the technique is called a zoom burst.

And you don’t even need Photoshop or Lightroom to do it! Yup, this is an in-camera special effect.

What is a zoom burst?

You turn (or zoom) the lens on your camera while you’re exposing an image. That’s it!

When you do this, you’ll get light or color trails that radiate from the center of your photo, giving it wonderful movement and texture. 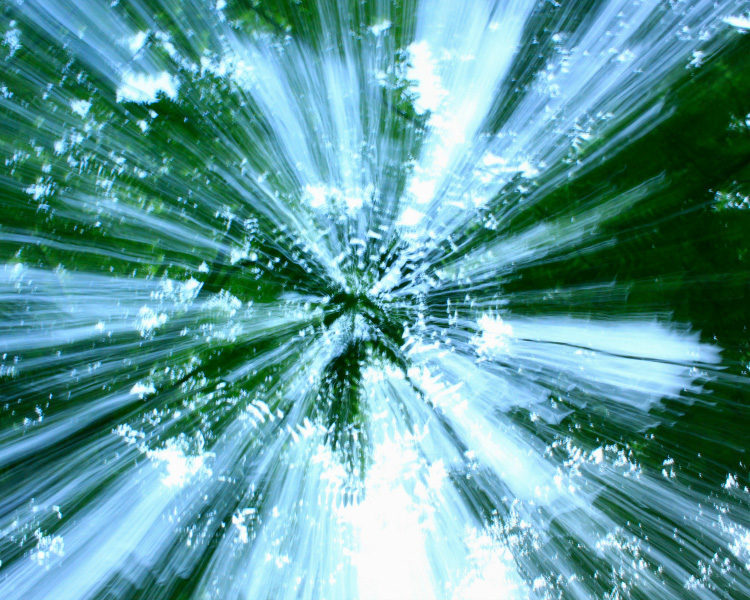 While you don’t need fancy software to do a zoom burst, you will need a few things as follows:

In this photo, I wanted the redwoods and the rays to be in focus, so I used a tripod and my camera’s two-second timer to avoid blur. 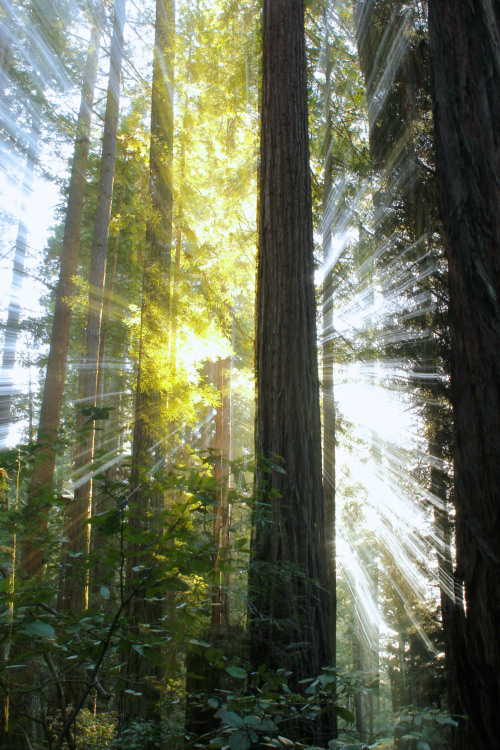 Full disclosure: For the image below, on that day I didn’t have my tripod with me, so I just handheld it and hoped for the best! As you can see, the tree isn’t entirely in focus, giving it a much softer and more abstract feel than the redwood shot. And I think I held it pretty steady, considering I was turning the lens and exposing for a full second! 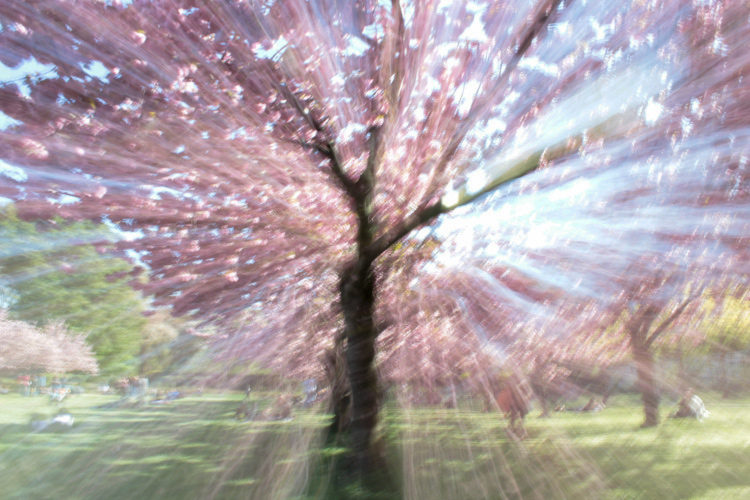 So a tripod isn’t necessary, but it can give you more control over the elements.

The other element to consider, of course, is light. You’ll want to think about the exposure triangle when you set up your shots. Since you’re going to need a slower shutter speed in order to give yourself time to zoom, you’ll need to manage the ISO and aperture to accommodate that.

So during daylight, you’ll want to limit the light by decreasing your ISO, making your aperture smaller, using neutral density filters, or any combination of those.

At night, depending on how much ambient light there is, you’ll probably need to bump up your ISO, open up your aperture, and slow your shutter speed even more.

Here’s how I recommend setting up your camera (I now use a Canon 6D, but I’ve done this on a Canon Rebel as well as a Pentax K-r):

Once you have it set up, the fun ensues because the options abound!

If your shot is overexposed, you can choose to increase your shutter speed, make your aperture smaller, decrease your ISO, or use a neutral density filter. 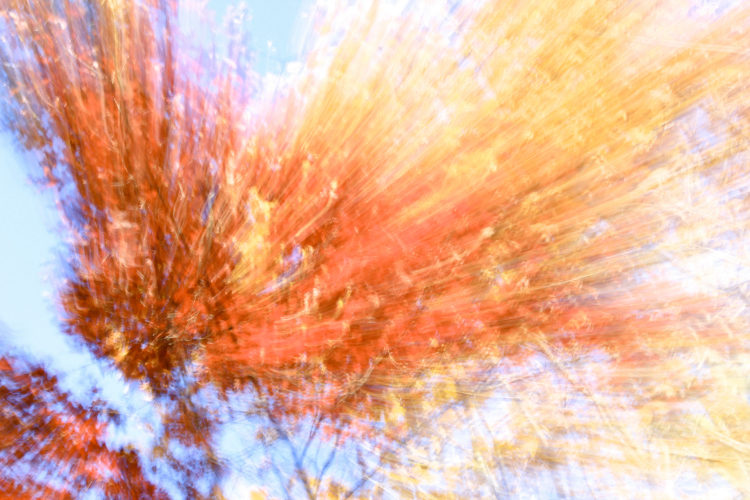 The shot above was a bit overexposed, so I corrected by slowing down the shutter speed from 1/8th of a second to 1/15th, and stopping down the aperture from f/27 to f/32.

Need more light? Do the opposite..decrease your shutter speed, make your aperture larger, increase your ISO, or and get rid of that filter. 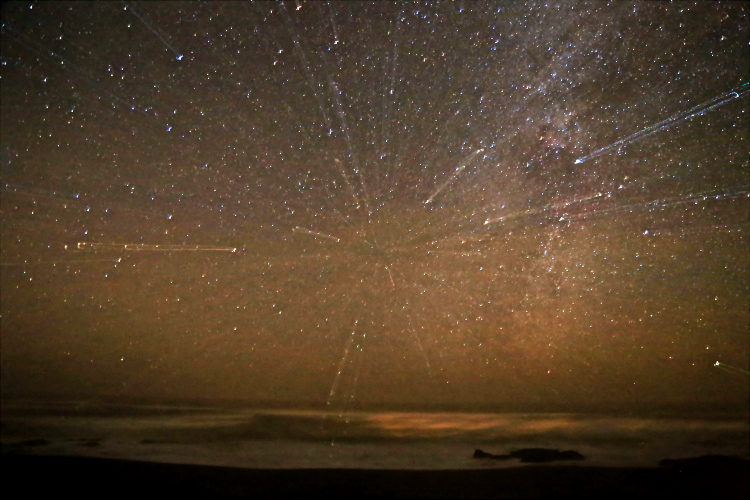 This photo was shot at f/4, 30 seconds, and ISO 10,000. I wanted to have my cake and eat it too; get The Milky Way on the right, plus the light trails from the zoom burst. Unlike all the other photos I’ve shared, this definitely required a tripod.

Now, I clearly have a thing for nature and trees, but you can do this with anything (try neon signs at night). Most people prefer to zoom out, but I like both, depending on the effect I’m going for.

It’s really up to you and your aesthetic…and your creativity! Have fun! Share your questions, comments, and zoom burst images in the section below. 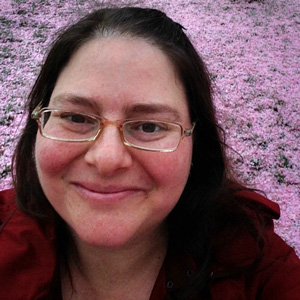 Eryka Peskin is a photographer, writer, Abundance Coach, and a Fierce Cheerleader who alternates between New York City, Mendocino, CA, and Asheville, NC. She takes photos wherever she goes and specializes in landscape, travel photography, and photos of her niece and nephews. You can find Eryka at her website, Instagram, and 500px. 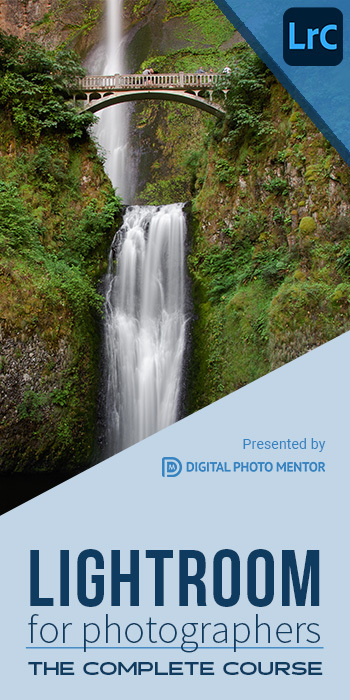