Fireworks photography tips is an often searched phrase around certain holidays or local festivals throughout the year as photographers want to know the best way to photograph fireworks.

New years eve, the Fourth of July, Canada Day, Australia Day, National Day or your own countries national holiday are only a few celebrations where brilliant fireworks are on display.

You’ll want to capture the fireworks going off, of course, make sure your exposure is correct and then design an amazing composition that’s out of the ordinary.

There are actually quite a few impressive displays of fireworks around the world including Mount Rushmore, South Dakota USA, another in Dubai, UAE with the worlds tallest building as a backdrop and of course the Diwali ‘Festival of Lights’ with a huge fireworks display.

Whatever the reason or celebration, here are some tips for photographing fireworks.

Fireworks photography is about doing three main things well, they are:

So here are a few tips for for each of those things so you can bring home some awesome fireworks images from New Years.

Capturing the fireworks bursting in air

Here are some specific tips to capture the fireworks bursting in the air above or in front of you.

Getting the exposure right

Compose your shot for impact 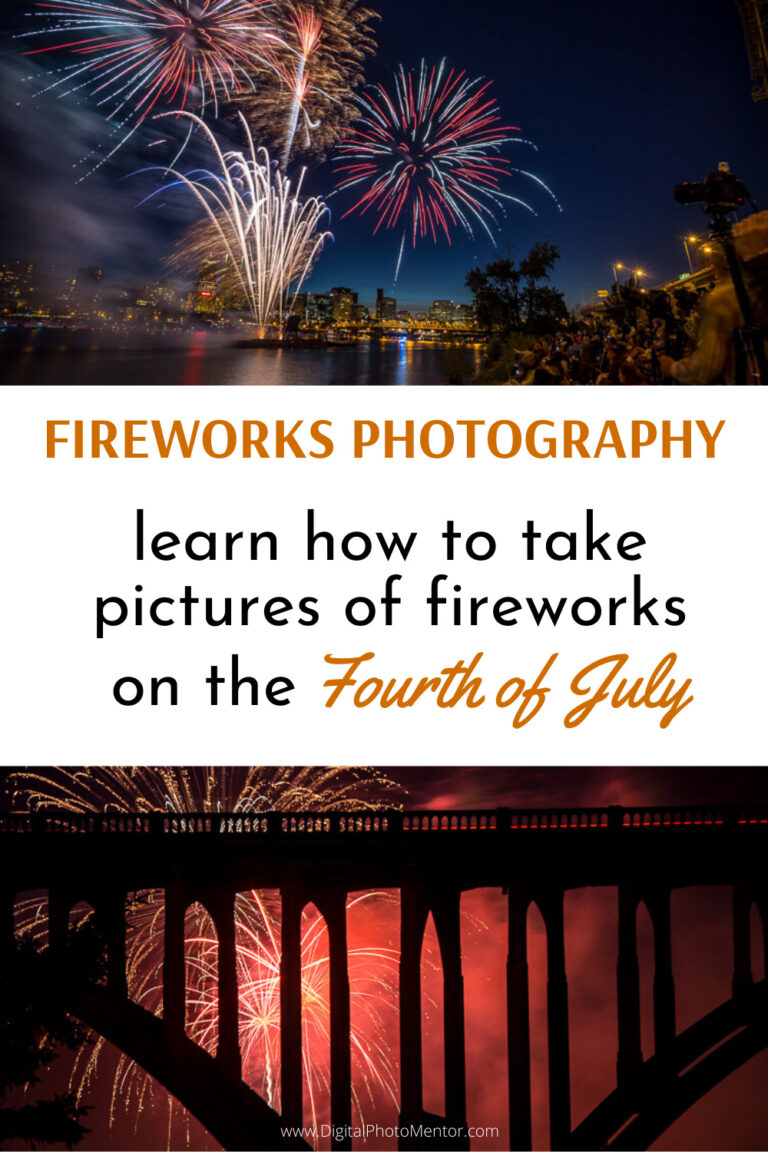 If you get handed lemons – make lemonade.

So remember above when I said that I ended in the wrong place a couple of times?

Did I grumble about it?

No, I just readjusted the kind of shot I wanted to get and took it as an opportunity to get something different than the standard fireworks shots you usually see.

Clearly that wasn’t going to work.

On top of that I was on a floating dock that was moving – also NOT the best choice!

Why did I end up here? Well it was not my own home city (this is Portland, OR), we got there late, there was no parking for miles, and we scrambled just to get there on time to see anything.

So what I failed to do was get there early enough!

Then, I tried coming in a bit tighter on the composition and got this:

Okay now we have lemonade!! That is much better and way more interesting than the first couple of shots, and it’s not the kind of fireworks image you see every day. I was happy with that.

Then something magical happened, these people all poured in and started setting off their own fireworks on the beach.

So I quickly backed up and recomposed to include them (and for our own safety, they were a bit crazy, firing them every which way) to get this shot which I think also really works.

To me, it shows the fun of the event and the participation of the people attending, not just the main show, which you can also see in behind the bridge still. 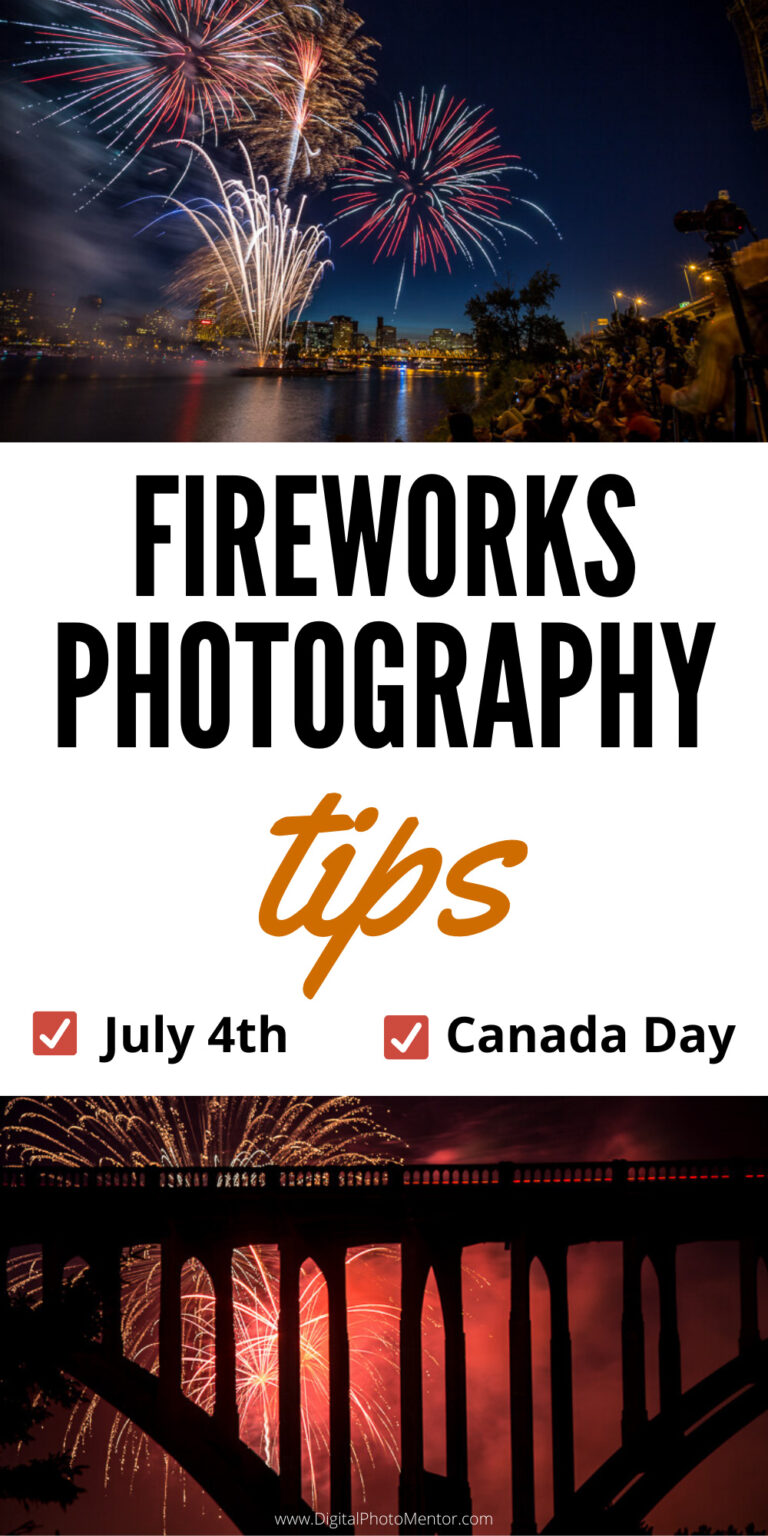 To make sure you get your best holiday fireworks photo’s just remember the tips you learned here.

Make sure you’ve got the right camera settings to expose for the type of fireworks starbursts you want, get the exposure right and get creative with your composition. If it comes to it, make the most out of a bad situation by changing perspectives or go in tighter with a longer lens.

Now get out there and photograph some fireworks, and have the very happiest New Year, Fourth of July, Canada Day, Australia Day, National Day, Diwali or whatever you’re celebrating possible!

Enroll in our Luminar Neo Course and perfect your skills in days.... instead of years.