Piet Van den Eynde is a master of lighting! In this guest article, he’s will show you three common misconceptions or myths about using flash.

Here are some opposing thoughts to those rationales that may get you thinking about using flash in a new way.

Looking at flash this way is mistaking a core part of its functionality.

For example, I travel a lot in India and from early morning until late in the evening, there is no lack of sun and therefore no lack of light. However, unless you work in the open shade, the quality of the available light will often be very harsh.

Likewise, the direction of that light, especially at noon when the sun is up high in the sky, may be undesirable and cause unflattering shadows on the face.

Therefore, I use flash all of the time when photographing in India.

I use it to overpower the less elegant available light and supplement it with soft, directional light of my choice. In fact, I will often pose my subjects with their back against the sun so that the sunlight doesn’t cause them to squint their eyes but on the contrary gives me a nice and free rim light.

Just like anything in photography, off-camera flash can be expensive: for the price of some triggers alone, you can almost by an entry-level DSLR. However, it needn’t be.

In fact, if you already have a flash and your camera features a built-in flash, chances are that you can use that built-in flash to trigger the other flash remotely without spending a dime on extra gear.

Although it’s not as reliable as radio triggering, it’s a great way to get into the habit of things. I used optical triggering for an entire year when I was cycling through Southeast Asia in 2010 and I was surprised at how well it actually functioned.

In my new e-Book Light It Up!, I explain the process for a typical Canon and Nikon camera. For other cameras, it’s comparable.

Even if you want the more reliable radio triggers and flashes, prices have come down so much in recent years that they have become affordable.

A couple of years ago, a radio trigger and receiver would set you back almost $400. Now, the same amount buys you a TTL and high-speed sync compatible radio trigger and a third-party flash, like the Godox V860II while still leaving you some change to buy an umbrella or a cheap softbox.

When you set out to buy off-camera flash gear, don’t make the mistake of spending your last dime on your flash. In fact, the quality of light coming from a $600 brand flash or a $100 cheap Chinese-made flash will be very similar if not identical. They are both small light sources relative to most subjects and therefore they will produce hard light.

Another interesting development is in powerful battery-powered studio flashes.

A couple of years ago they cost a fortune but nowadays, they have become affordable to the point that a 600 Ws battery-powered studio flash, like the Godox AD600BM (which I use and which packs about the power of eight regular hot shoe flashes) costs about the same as a top-end single speedlight-style flash (about $500-600 USD) of the big camera brands.

#3 Using flash is too complicated

I agree, using flash used to be complicated.

Back in the analog days, where a week could pass between pressing the shutter and seeing the results on a contact sheet, it could be hard to recollect and correct what you had done wrong if the results weren’t up to your expectations.

However now, with the digital age, we are spoiled. We see the results of our flash endeavors milliseconds after having pushed the button. So it’s easy to adjust settings, especially with the newer triggers where you don’t even have to walk up to the flash to change the power. 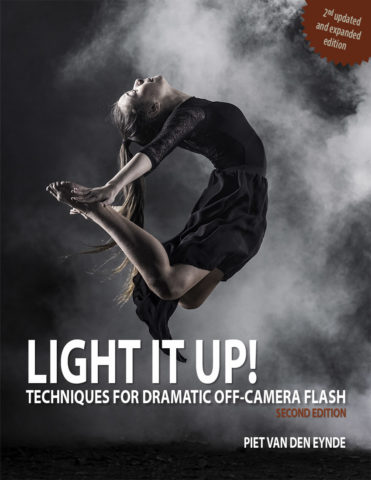 In Light It Up! I present you with a failsafe 10-step approach on how to successfully work with off-camera flash, even with multiple lights. At its core, it’s even simpler than that.

Normally, you will set your background exposure first without turning on your flash (you might want to take a test shot for that). When I have a subject outdoors, I’ll aim to keep detail in the sky. Generally, your subject will be underexposed but that’s not a problem, as you can light him or her with flash.

Since you can control both light sources individually, you have a choice of how the actual picture will look.

In other words, you have a choice between a subtle fill flash or a more dramatic look where you heavily underexpose the background and use a lot of flash to light your subject.

It’s like taking a bath really: you have the cold water tap and the hot water tap and you decide on the ultimate mix of both. Especially with mirrorless cameras, setting up the background exposure is a piece of cake as you can already see it in the electronic viewfinder without having to take a single shot.

I hope this has given you a few things to think about in regards to using flash. Give it a go and post any questions you have in the comments below.

If you want more reading on the topic of using flash, consider picking up Light it Up! for only $24.95 before April 8th (2018) and get 3 bonus videos and a set of 5 Lightroom presets for free with your purchase. 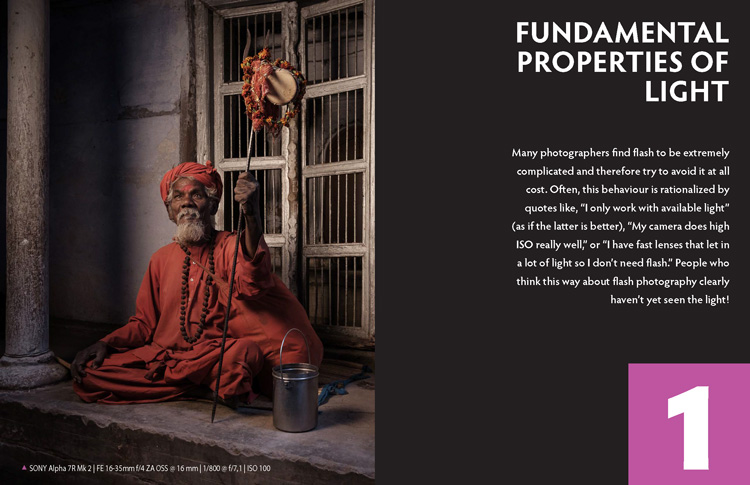 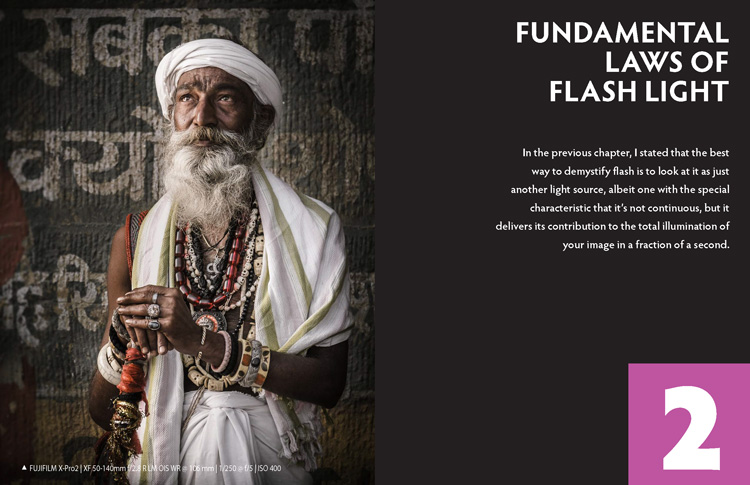 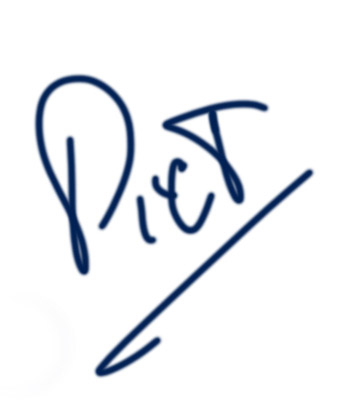 In 2009, he threw his camera, a flash and umbrella in his bicycle panniers and cycled for one year through Turkey, Iran, India, and Indonesia. He loves to travel, photography, and off-camera flash so his photographic work is often a combination of those three.

Piet is also a Fujifilm X Photographer and a Fujifilm Ambassador for Fujifilm Belgium. On April 1st, 2018, Piet released the updated and expanded second edition of his 15th eBook, Light It Up!